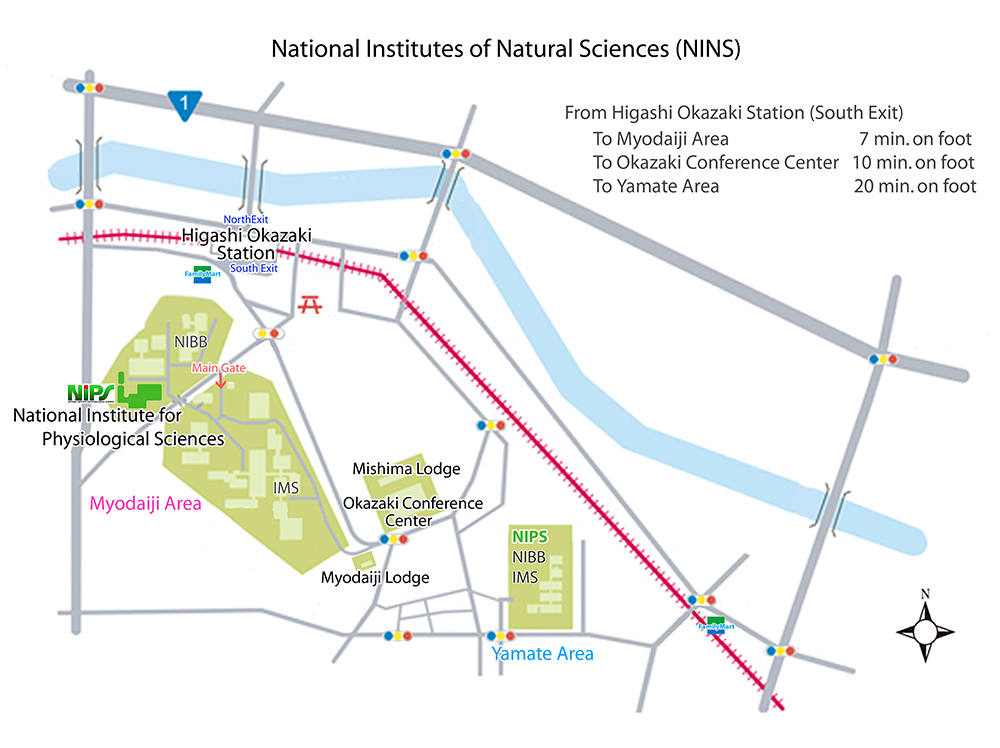 From the south exit of Higashi-Okazaki station.
About 7 min. on foot.

From the south exit of Higashi-Okazaki station.
・By taxi : About 7 min.
・By bus : Take Tatsumigaoka-jyunkan, which departs from No11 bus station, and get off at Tatsumi-kita-1chome (about 6min), and walk to the east for about 3min..
・On foot : About 20 min. 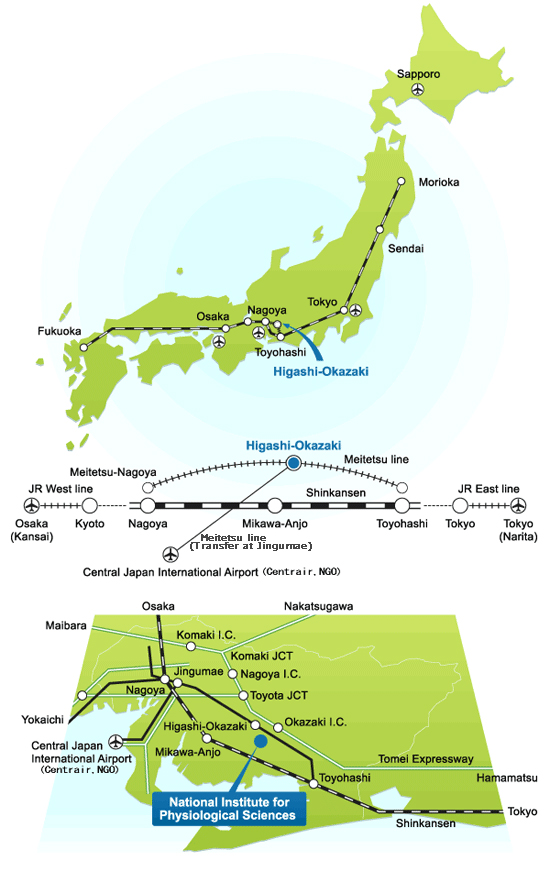 How to get to OKAZAKI

Okazaki-city lies 40 km southeast of Nagoya (which is located between Tokyo and Osaka). The nearest railway station is Higashi-Okazaki station of Meitetsu line running between Toyohashi and Nagoya, both of which are JR (Japan Railways) Shinkansen stations. National Institute for Physiological Sciences (Myodaiji Area) is located on a small hill at the back of Higashi-Okazaki station; 7 min walk from the station to the south.

There are three ways to reach Higashi-Okazaki station.

Take the Meitetsu train , transfer at Jingumae station for Toyohashi-bound train and get off at Higashi Okazaki station (approximately 60min)

A) By plane (*Recommended)

**Note: Japan Rail (JR) and Meitetsu are two separate train lines, though both are accessed through the same station building. You will need to buy a separate ticket in order to travel on the Meitetsu train. Note that if you have a JR pass which was purchased overseas, you cannot use it for the Meitetsu line (although you can use it for the Narita Express and the shinkansen portions of your trip).

Take the Tomei Expressway to the Okazaki Exit. Turn left at the Fukiyabashi-kita intersection (approximately 10 minutes from the exit).