What is an Inter-University Research Institute ?

An inter-university research institute not only promotes pioneering studies on important research issues, but also provides opportunities for cutting-edge researchers throughout Japan to gather and engage in activities aimed at exploring future academic fields and creating new principles. New concepts of extramural use such as “joint usage of large-scale facilities” and “improvement of the intellectual foundation of academic materials” were later added to the original concept. While the research community’s own management policy has been firmly maintained, many inter-university research institutes that do not belong to a specific university have been created.

While maintaining its uniqueness and diversity, each institute makes a great contribution to the development of academic research in Japan as a Center of Excellence in its respective research field. Together, they also serve as an international core base to promote cooperation and exchange with research institutes and researchers abroad. 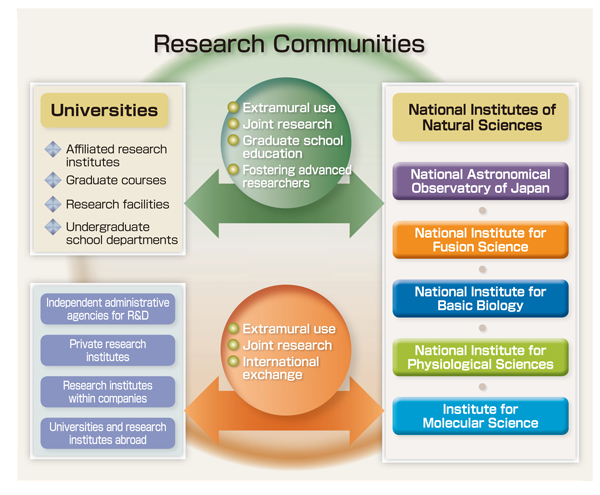