To elucidate the mechanisms underlying information processing in sensory cortex and the experience-dependent regulation of that processing, we are studying the relationship between visual functions and the signaling properties of neural circuits using rat and mouse visual cortex. We are also examining the development of neural circuits and functions based on neural activity or synaptic target recognition using specific molecules. To this end, we are analyzing the visual responses of cortical neurons using multi-channel electrodes or calcium imaging with 2-photon microscopy, neural circuit properties with a combination of laser scanning photostimulation and whole-cell recording methods in slice preparations, and neural connections morphologically using modern virus tracers. The following is a list of our main projects currently ongoing, including collaborative projects with researchers belonging to research organizations other than our institute.

A.  Cross-correlation analysis of photostimulation-evoked excitatory postsynaptic currents (EPSCs) simultaneously recorded from a pair of layer 2/3 pyramidal neurons that were synaptically connected.
B.  Visualized neurons after analysis of synaptic connections. Several recorded neurons stained by biocytin in the primary visual cortex(yellow). 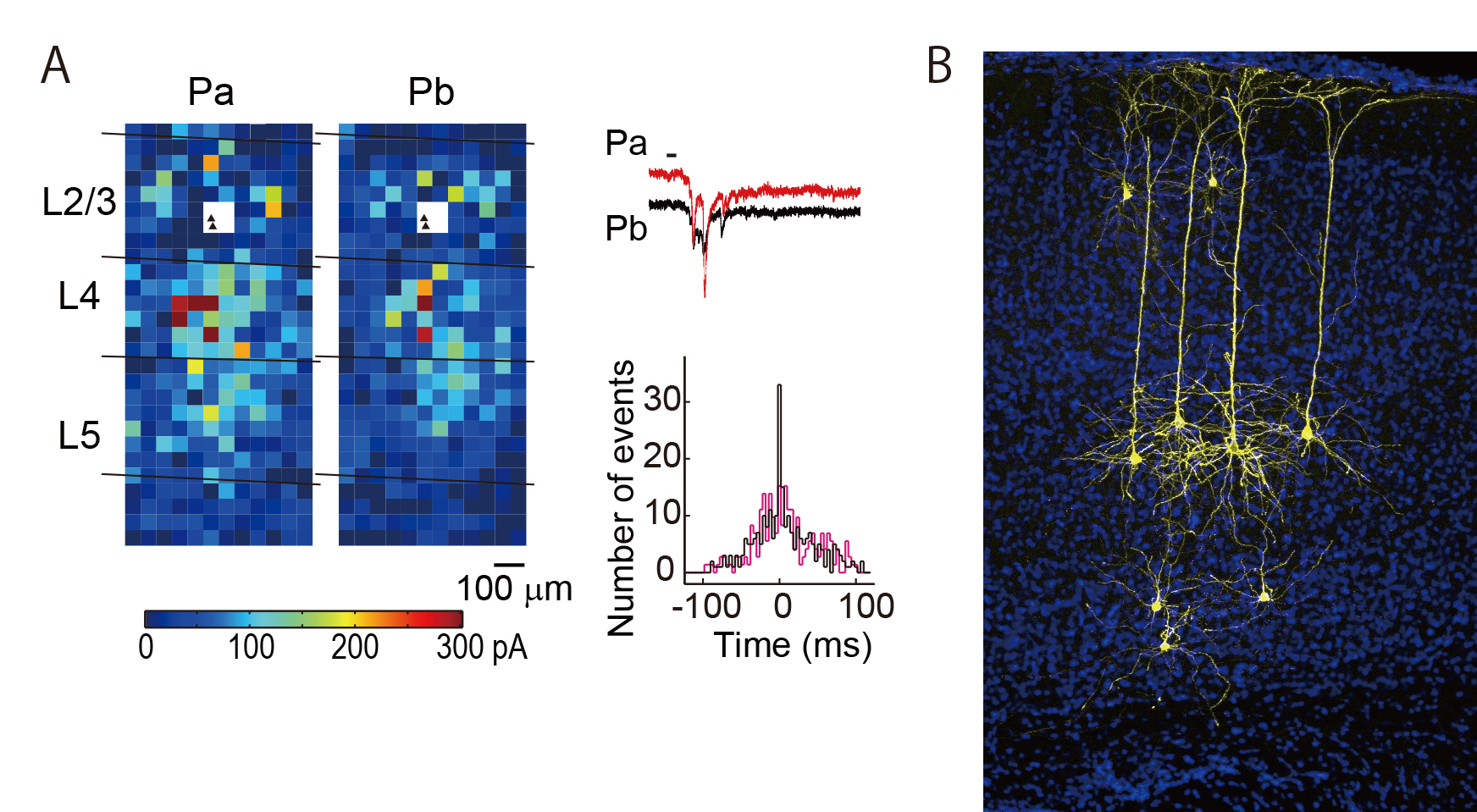 Introduce a researcher of NIPS.